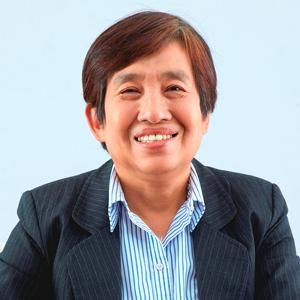 Through exceptional leadership, Voranuch Dejakaisaya has transformed the Bank of Ayudhya (Krungsri) through a series of projects leveraging cutting-edge technologies such as mobile, blockchain, robotics process automation (RPA) and artificial intelligence (AI).

Balancing speed to market with regulatory approval, the Chief Information and Operations Officer (CIOO) has continually and consistently converted innovative ideas into actionable solutions, executing at pace and with purpose.

Dejakaisayaâs appointment as CIOO coincided with the challenges faced by the banking sector on various facets, among others, disruption from both fintech and non-bank players as well as the prevalent speed of digital adoption in the Thai society.

During the past 12-18 months, and under Dejakaisayaâs direction, the bank launched a new core mobile banking platform which became the main platform for customers conducting financial transactions with the bank in 2019.

The award-winning Krungsri Mobile Application (KMA) advocated that customers shift from traditional financial transaction channels through branches and ATMs to mobile phones. According to recent figures, financial transactions conducted via KMA have increased 770 per cent since 2017.

RPA was rolled out in 2018 to improve existing operational workflows to reduce service turnaround times. While the current project scope is small, Dejakaisaya said âsignificant improvementsâ have been made in terms of operational efficiency as robots carry out specific tasks on a 24/7 basis, freeing up staff to focus on âhigh-value activitiesâ.

This year, Krungsri became the first bank in Thailand to launch the cross-border QR payment service, allowing Thai customers to use the Thai QR code for payments in Japan.

The bank applied AI technology together with blockchain to resolve customer pain points via the Krungsri Supply Chain application, allowing users to photograph products that they wish to purchase. The system then applies image recognition to identify the chosen products before leading to purchase orders in the application.

To effectively compete, IT and operations functions under Dejakaisaya no longer play the enabler roles but rather become the partners of front-line businesses.

Importantly, both departments have became a contributing partner for the formulation of strategic directions and long-term planning to ensure long-term growth and sustainability of the organisation.Â